Impart your magical knowledge onto two promising young witches-in-training, with hours of gameplay, spells, and quests, with 20 different endings to achieve! 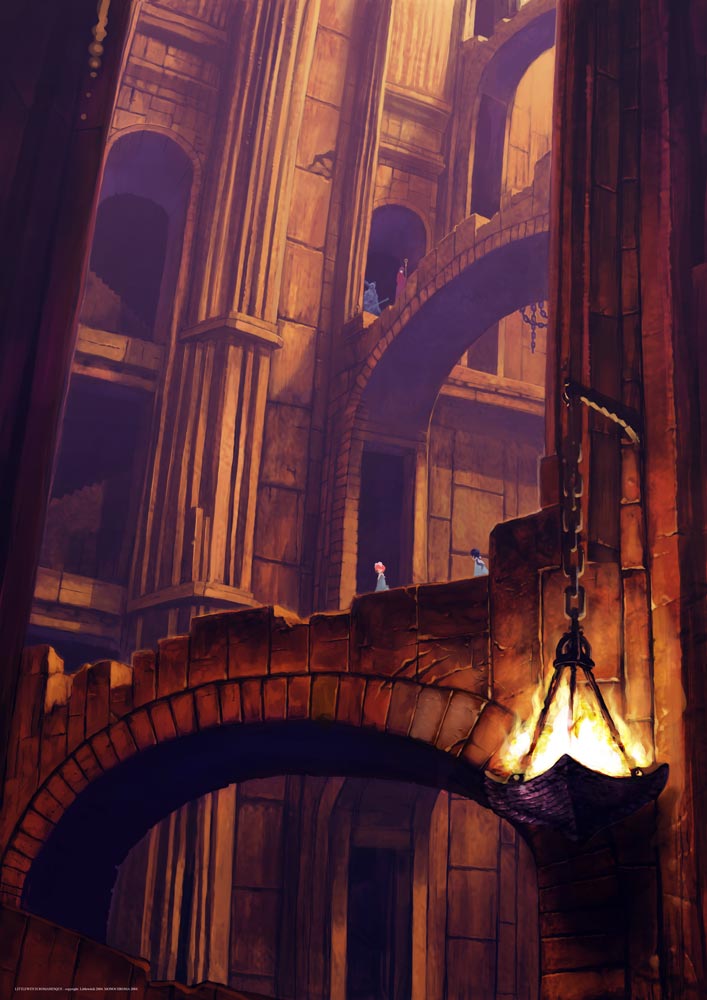 Welcome to Stella Mundo, a magical world still recovering from the devastation of the Mage War that ended the Age of Towers.

Domino, the youngest wizard ever to earn the rank of Archmage, has just begun his study of the ancient Dark Tower, a treasure trove of lost magical knowledge.

But there’s a catch.

As its price for allowing him access to the tower, the corrupt Council of Archmagi has assigned Domino two gifted but troublesome students - Aria, the daughter of a noble family, and Kaya, an orphan with an unusual heritage - and given him just three years to complete their training, a process that normally takes decades.

As Domino, you must mentor Aria and Kaya in their training to become witches, mastering the magical arts. Take them to the classroom to grow the skills required to master powerful spells. Send them on quests to test their progress and show them the dangers that exist in the world. And mentor them in the value of friendship, a mage's strongest asset.

On your adventure you may encounter dragons, assassins, fairy queens, elvish hunters, warrior angels, and many ferocious creatures. However, the most dangerous could be yourself... 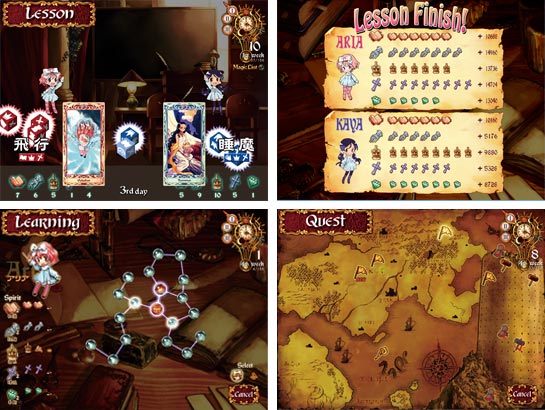 Become a Teacher of Magic

Instruct your students in the art of magic. Through your techniques lesson combinations, your students will learn in different ways, developing their skills as you direct.

With enough time in the classroom, your students will be able to acquire new spells, each with unique powers and chances to unlock special paths in the game's story.

The classroom isn't the only place where your students can learn. Instruct them to go on quests to unlock their potential and find out able the wonders, and dangers, of the world.

You refuse to let your student go on quests that would be beyond their level, so you must keep them learning so they can tackle more difficult adventures. 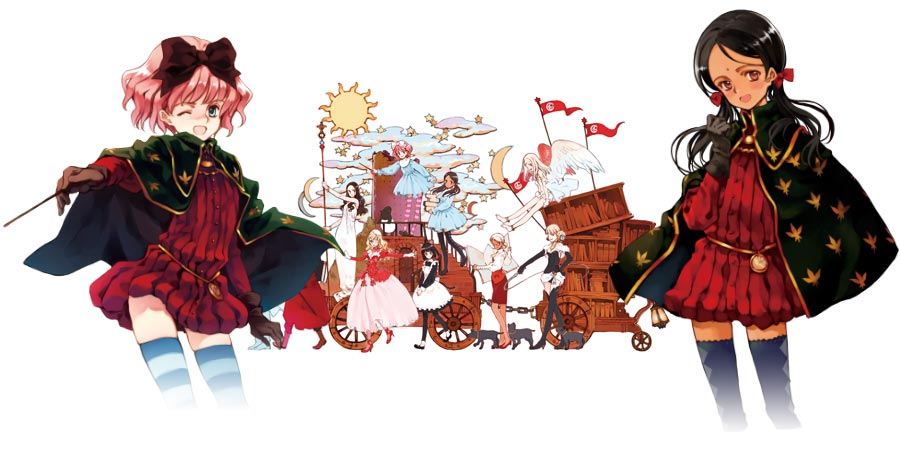 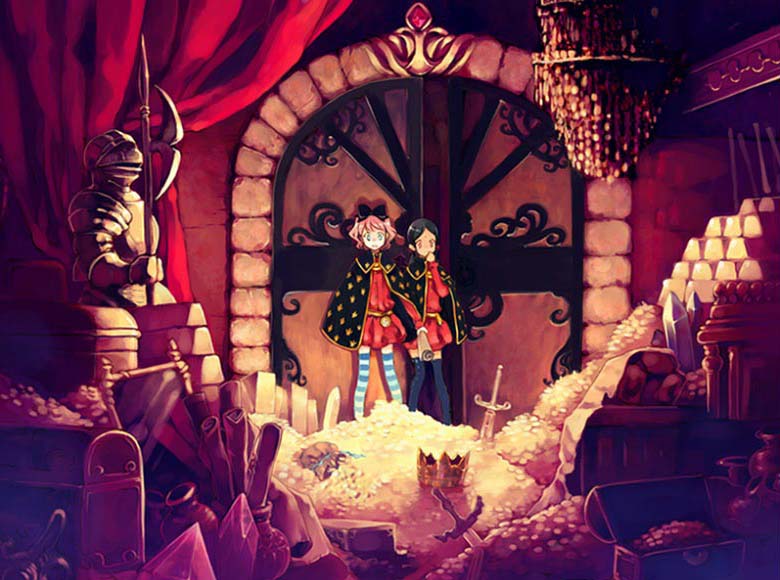 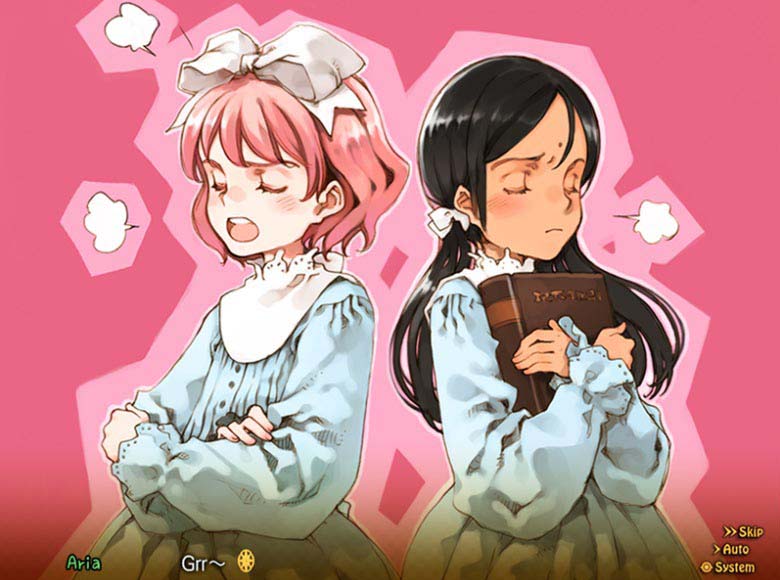 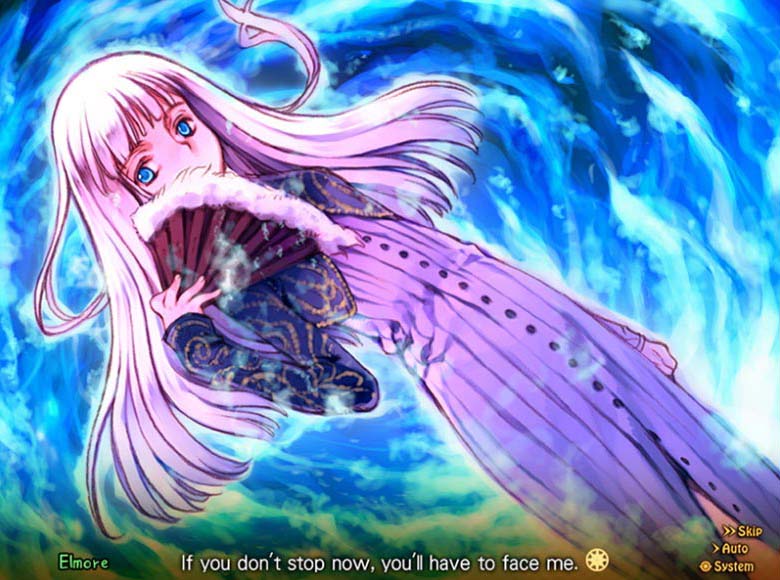 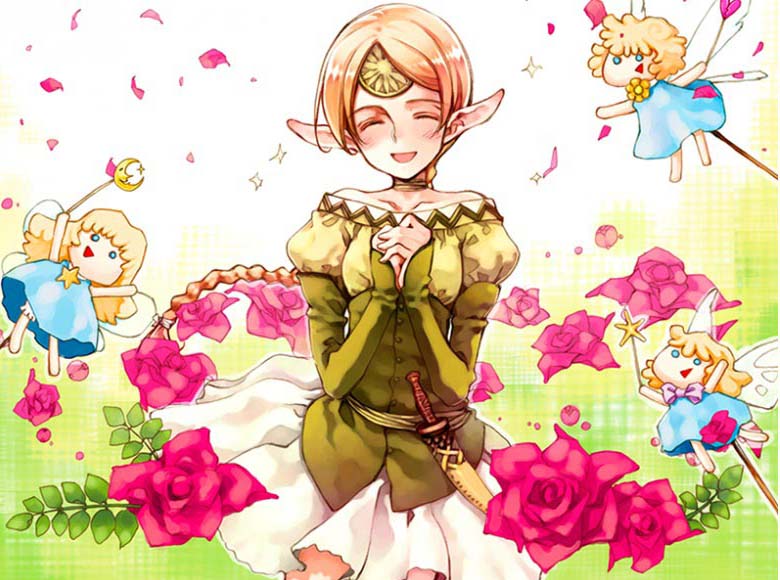 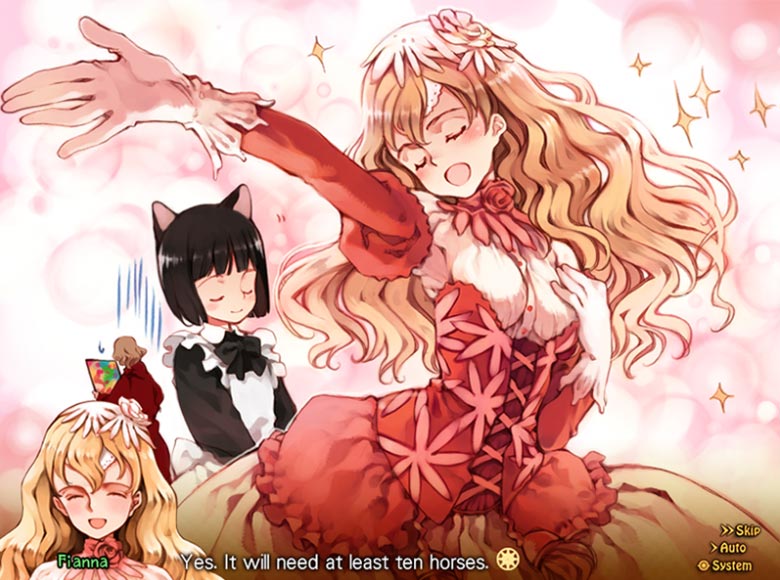 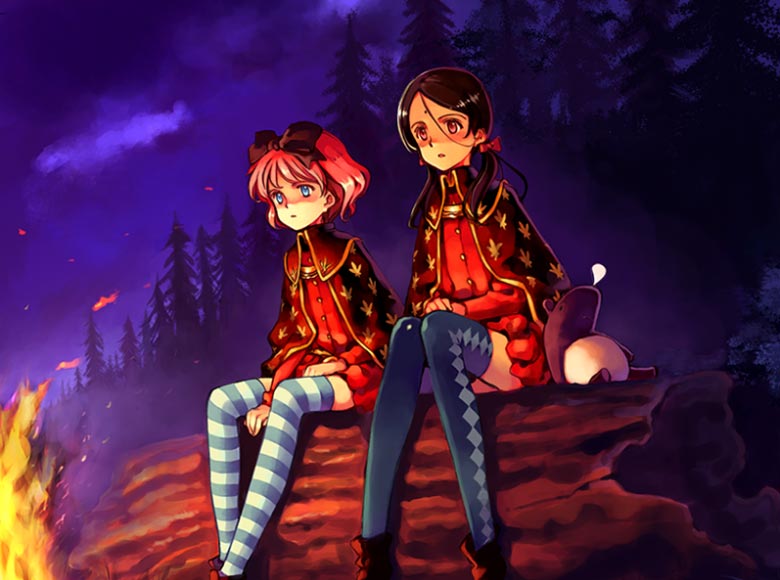 30+ hours of story, voiced in Japanese and subtitled English
300+ CGs by famed illustrator Oyari
100 spells to learn
79 quests to complete
12 different characters to romance
20 endings to unlock, plus 4 bonus side stories 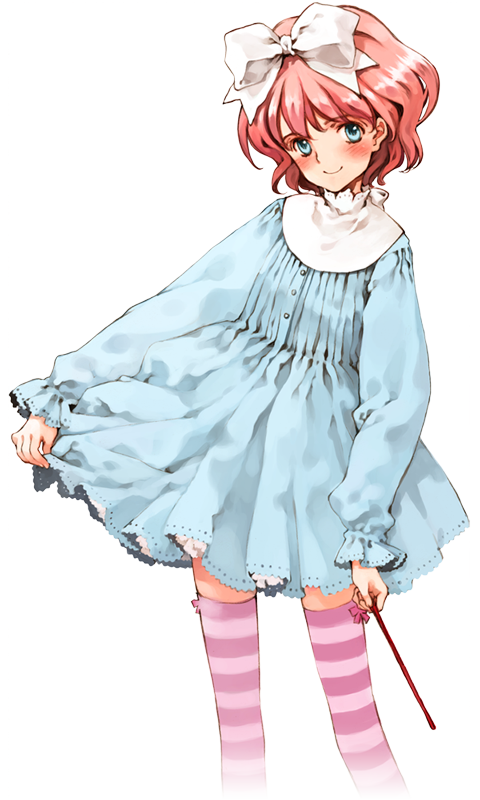 The second daughter of Duke Vancleef, lord of the northern territories, Aria enrolled at Grimoire to escape an arranged marriage.Her grandmother is the esteemed witch, Elmore, but despite Aria’s innate magical talent, her studies haven’t gone well.Aria is confident, stubborn, and reckless, but she always does her best. She loves desserts and cute clothes. 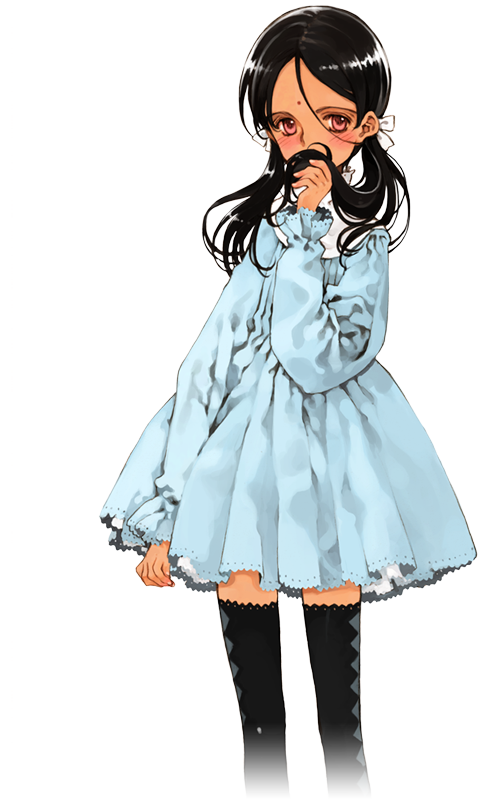 Kaya was born among the Roshtari, a small tribe that keeps itself isolated from the rest of the world. The Roshtari put importance on the purity of their race, and drove Kaya and her mother out due to Kaya’s mixed blood.After her mother died, she was taken in by wizards from Grimoire. A modest, naive, and diligent girl, Kaya is also extremely empathic and caring, and can be moved by the simplest things. 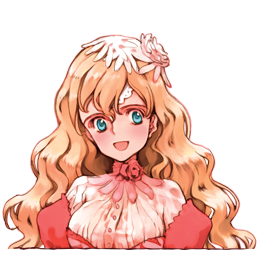 The only daughter of the current king, Fianna is an eccentric girl whose exuberance puts everyone around her at ease. She has a deep understanding of art and wishes for the culture of her kingdom to prosper. She always sees the best in everyone, even people who don’t like her. 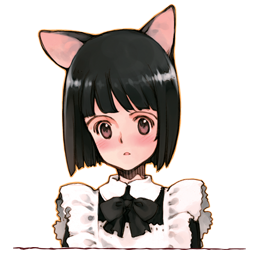 A member of the catlike Xiao race and Princess Fianna’s personal maid. Her entire race is enslaved and has few rights in society. Tillet was a slave for the king’s harem, but she caught the princess’s eye and was assigned to be her personal maid. Her specialty is making tea. 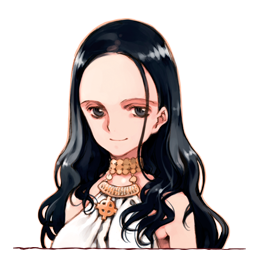 A woman who possesses the miraculous power to heal sickness and injury, for which the Church declared her a saint. Nobody else in the world has this power, so the people revere her. Despite her power and position, she’s a simple, kind woman. She’s also a little bit of an airhead. 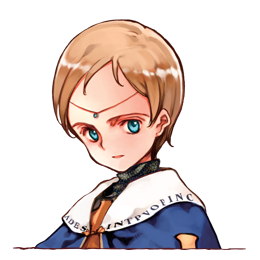 A church knight who has been assigned to protect and watch over Olga. Rosetta is one of Olga’s few close friends, and Olga trusts her completely. Although Rosetta tends to be overly serious, she also has some surprising vulnerabilities. 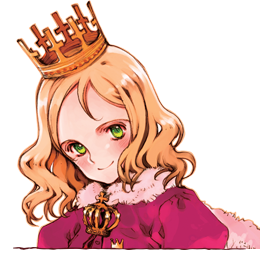 The former queen of the fairies, now living in the human world. Because she dallied with a human man, she can’t go back to the fairy world anymore. Reckless, impulsive, and incomprehensible, Constantine believes that humans needan eventful life to be happy. She has a habit of meddling in historic events. 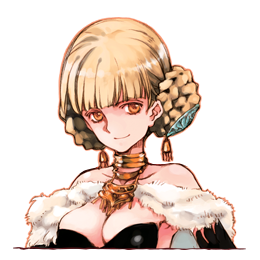 An unusual female gladiator who won her freedom thanks to her incredible popularity .She was known as the Beast Queen because she had control over six hounds in battle and was never defeated. She makes her living now as a bounty hunter. 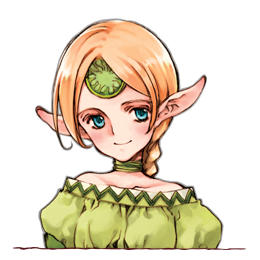 An eccentric elf who traveled with Domino during his adventuring days. Merrett is helpful and friendly, but has a bad habit of telling lies and exaggerating the truth. She’ll go to great lengths to keep her lies from being found out. 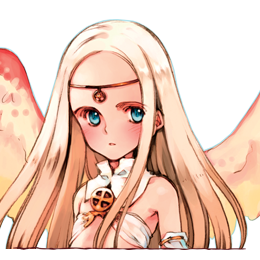 An angel who was summoned to the Dark Tower long ago. She’s among the weakest of angels, but still has immense magical strength. She doesn’t think for herself and believes anything anyone tells her. This makes her somewhat difficult to deal with. 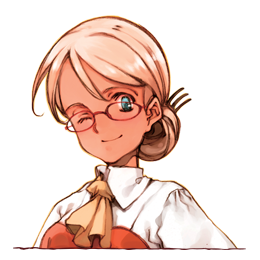 A famous architect with an unrestrained love of beautiful buildings, Mariella is a perfectionist who doesn’t allow compromise. She fell in love with the splendor of the Dark Tower and is now devoted to its refurbishment. 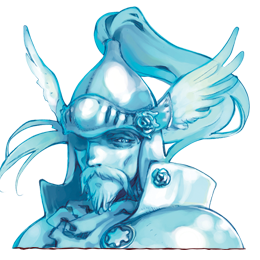 The spectral knight who guards the Dark Tower. Although a ghost, he possesses a warm, friendly demeanor and is beloved by the tower’s residents. He is one of the few people who knows the tower’s secrets. 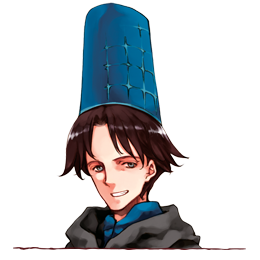 A high-ranking mage from Grimoire and one of Domino’s closest friends. He respects Domino for standing up to the Archmages. 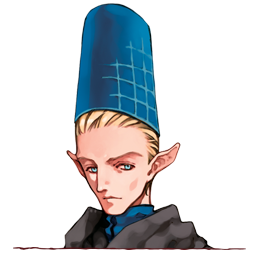 A serious elven mage from Grimoire. Together with Ferdinand, he administers Aria and Kaya’s exams.

The limited edition package version comes in a deluxe box, complete with three collectable illustration cards with art by Oyari and a beautiful full-color game manual. 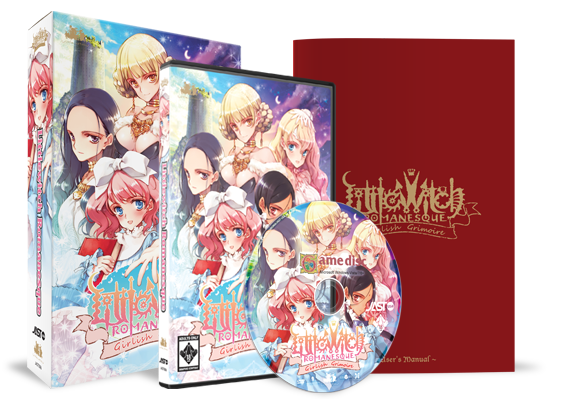 The Littlewitch logo and design are ©MONOCHROMA.
©JAST USA Ltd. All Rights Reserved. All trademarks are property of their respective owners in the US and other countries.